Zoria and the Cursed Land is a metroidvania. Inspired in Momodora 4, CHASM and many other games.


Demo will always feature the same amount of gameplay. (From start to Town.)
Current Ver. 4.1

You play as Zoria Dunne,  half orc adventurer (human/orc), eager to explore the world.

You hear about this "cursed island" from which no one ever returns. Ignoring the danger, you decide to go exploring and adventure, but you end up lost on the island and separated from your friends. You will have to find out what is happening in this place and find your friends.

The adventure begins on a small island a few days from the main island, where you have stopped to rest after so much time at sea, this area will serve as a tutorial to get used to the game.

FEEDBACK AND SUPPORT:
I'll be glad with any kind of constructive feedback you have!
Discord be part of this humble community!
Twitter for updates and progress!
Patreon if you want to support the game development!*
*: I make +18 content in my Patreon aside from the game. So beware.

Hello there, I'm Alejandro, but everyone online knows me as AllFenom. 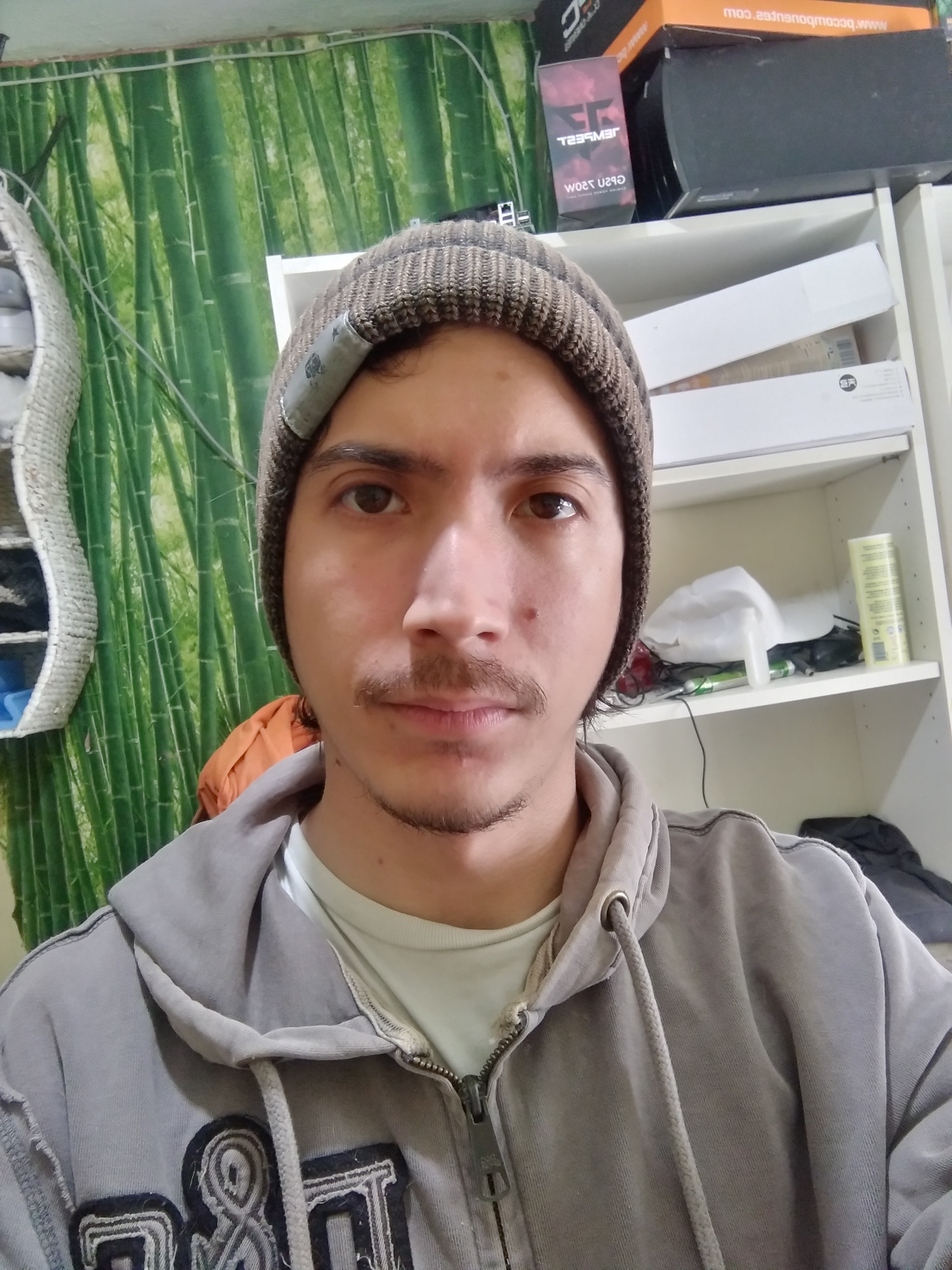 I started making pixel art a few years ago, and got into game dev like 5+ years ago.
I'm still learning pixel art, and improving everyday.
I've been working on #ZoriasGame for 4 years now. (Learning as I make the game)
I'm 30 years old.

I hope you like the game, and remember this is an Alpha.

We played the previous demo a long time ago and this new update has us excited.. sadly our computers won't let us download it due to it containing a virus. Now personally I know this is false. If anything it's just game maker studio compiling .exe files in a strange way that has Windows question everything about it. With that said is it possible this can be placed in Zip file? Me and my colleague really want to dive into this and give you accurate feedback

Hey, if you join my discord I can send you a .rar with the demo!

I'm also interested in your game. Any chance you could make this controller(any) compatible?

Hey thanks! I've been wanting to make it controller compatible, I need to see if I can plug a Ps4 controller into my pc.

I am interested in this game , although i kinda expected 18+ stuff but i'm okay even if there isnt

I've got this wishlisted on Steam because I liked the look, and I'm a sucker for metroidvania, but there are a lot of little things that are making me iffy about the game. I don't know if she is intended to feel kind of floaty during movement and combat, but it's not a good feel for me. Found myself wiffing swings against enemies fairly often, and getting stuck to walls with the slide animation while trying to platform. Outside of feeling floaty, the combat works well enough once you learn you can dodge roll, however, every time you kill an enemy, or open a chest, the items are flung 20 feet away from you and that doesn't seem necessary. Especially when you open a chest near a ledge and they items just yeet themselves off screen. The ability to hit roll upon landing to soften a fall would be a nice touch. Overall, I like the atmosphere, and the music, but the combat and platforming feeling off in a game based around combat and platforming is a sore spot for me. Maybe it's just alpha things.

exelent demo. I haven't found any game-breaking mecanics and the fighting system is quite well balanced. This really has the potential to become a great game and I look forward to it. Good luck

Edit : also I love the dance

I think she should be silent when she attack and replace this sound by sound like swing a sword. This way could be improve this game.Thanks for readding :3

Wait, why the main character's sword turns yellow and her boots turns blue when I sit and attack? Is that a part of her old look?

The walking sound in the first place is kinda weird. It sound like the player is walking on metal

I am not a platformer fan but this is a real neat game. Feels very metroidvania. This game requires a lot of exploring which is something I think most players will get into. I like the gameplay mechanic of hitting and rolling. I think it was real cool that you added attack cancels so that it'll be easier for the player to hit and run. I am always a huge fan of cancels. I love the art style too  and think the level design is alright. You progressing well and I hope you continue to do so. All the best!

OMG this game is each time more beultiful !!!!

I Recorded a gameplay compleeling the First area, and the first Boss, and I Keep all deaths to see my evolution, at get the hang of it XD

Will there be nudity and/or h-scenes?

The game is not +18, just some fan service, but nothing NSFW.

Are you okay with NSFW stuff being made with your character if you're credited?

Of course :D I already do +18 stuff myself haha
Not for the game, but I'm fine with there being +18 stuff.
You can tag me at twitter if you want! This is my +18 twitter! 🔞ZoriaLewds🔞 (@ZoriaLewds) / Twitter

tbh even though I know this game is still in development (and I don't know if the boss is an impassable object) but the boss is too hard.

Hello! I really like it hard, the boss is actually killable, here's a video.

might this ever be released on mac as well

Hello! I'm not sure about that because I seem to need a Max in order to make a mac build.

so I saw other creators doing this and I wonder if it works or applies here. Are you able to port it to mac through unity?

I don't own a Mac in order to make a port of it, also, I think you already asked this o.o

It's a cute little game, the game design is interesting too

What game engine is this made in?

Thanks for playing :D
I was hoping to see Boss fight!

It's a very nice game. Could you allow the player to change the control keys in the settings? On a German keyboard, the y and z keys are reversed, which makes playing the game quite uncomfortable.

Hello Ray! Thanks for playing, I'm currently working on setting up a controller and also key binding! But it's going to take time :D

I had a few issues with the controls (the attack is a little unresponsive at times) and sadly I couldn't beat the boss, even after trying many many many times but I still LOVED this!!

I loved the video :D It takes a while to get used to controls.
I'm glad you liked it!

Nice game! I finished the demo, then i checked your twitter and... There is a boomerang? I didnt found it! :o Maybe the boss would be easier with that! T_T

Im looking forward tho, i really liked that game, i wanna know what's happening in town :D
(Also there is a wanderer npc? Mmh, maybe ill retry that demo to find out these things :o )

Hey thanks for playing! The boomerang isn't implemented in the Demo!
But yeah the Wanderer gives you a small quest!

If you haven't seen it yet, I'm hoping to get the part of the evil bad guy, you know, as his voice... jk showing off some gameplay with funny commentary.

Looks nice but the controls I think need work. Especially the responsiveness, it takes way too long for the attack move to initiate. Also, she's kinda slippery when moving. :)

Following to check out future builds.

Been following you for a while now, and it's awesome to finally get to try your game! It's pretty freaking cool. Love the environment and animations.

Thanks a lot! did you find the Enemies too hard?

The bats early on were annoying at first, but I think that just had to do with adjusting to the controls and not running into walls lmao. But once you get the controls down, nah not too hard tbh!

it was a nice game! got lost sadly and wondered around killing things lol. my invnetory bugged out but most of the animations was solid hope you finish it

Thanks! i'm about to release a new version fixing many bugs you guy's have found!

oh awesome! ill have to follow so i can see the improvements

Hi there i enjoy the demo this is a very awesome metroidvania game! fantactic artwork and animation xD!

I just failed no nut November

I just copied it as is, I tried to roll right before landing on the ground and got this sorry

Thanks for the report! Fixed, I'm reuploading it without the bug!

awesome sauce, just to make sure, is it ok to make content on this demo to help spread the word?

Totally! Thanks a lot :D